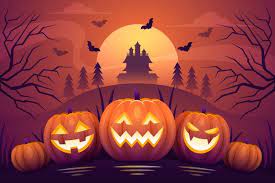 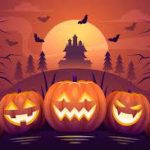 Celebrated every year on October 31st – Halloween is among the oldest traditions in the world. It evolved from the ancient Celtic festival of Samhain where people, following ancient rituals, would light bonfires and wear costumes to ward off ghosts in a period of the year that marked the transition from summer to winter.

As for the history of its name, when in the 8th century, Pope Gregory III designated November 1st as All Saints Day, the day before became “All Hallows’Eve” (where hallows mean saints) till it was simply shortened to Halloween.

It was believed that on this day, the boundary between this world and the next became especially thin, therefore enabling the connection with the dead. This belief is shared by some other cultures too like the Jewish holiday of Yom Kippur, which also typically occurs in October and involves saying prayers for the dead

But how does one celebrate Halloween? Well, since it does refer to ghosts and the such, whoever would care to celebrate this yearly event should, first of all, get dressed up to match the mood! The jack-o-lantern is a must, not forgetting the “trick-or-treat” walk-about!

Many a civilization has created some form of ritual to best honour members of ones’ family or those we loved who have passed. Countries around the world today celebrate Halloween in one form or another, from Mexico’s “Day of the Dead” to China’s “Tomb Sweeping Day”.